Christopher F. Basler is the director of the Center for Microbial Pathogenesis. Basler obtained his Ph.D. from Albert Einstein College of Medicine in 1995. He became professor of microbiology at Icahn School of Medicine at Mount Sinai in New York City in 2013. He was elected Fellow of the American Academy of Microbiology in 2014. His major research interests are immune evasion and replication mechanisms of filoviruses and other emerging RNA viruses. Notable achievements include the identification and characterization of Ebola virus and Marburg virus interferon antagonist proteins.

I study interactions between the host immune system and emerging RNA viruses, with a particular focus on the filoviruses which include Ebola virus (EBOV) and Marburg virus (MARV). Filoviruses are emerging zoonotic pathogens that cause frequently fatal disease. They are of scientific interest and concern as potential bioterrorism agents. They cause a severe disease characterized by aberrant innate antiviral responses and uncontrolled virus replication. My lab pioneered efforts to define, at the molecular level, how filovirus interactions with innate antiviral defenses contribute to pathogenesis and identified filovirus-encoded antagonists of the type I interferon (IFN) antiviral response. We have characterized the mechanistic and structural basis by which the EBOV and MARV VP35 proteins inhibit the IFN-inducing RIG-I signaling pathway, and demonstrated that this function is critical for virulence. We demonstrated that EBOV VP24 inhibits nuclear accumulation of STAT1, blocking the antiviral effects of IFN through a novel nuclear import regulatory mechanism. We also found that MARVs block IFN-signaling not through their VP24 protein; instead, the MARV VP40 protein inhibits Jak1 kinase activity. This latter function, we find, is a determinant of virus host range. Currently, we are defining how these innate immune suppression factors modulate adaptive immune responses and are pursuing these proteins as therapeutic targets.

Because filoviruses are zoonotic pathogens that likely use bats as reservoir host, we are also characterizing filovirus-bat interactions, with an emphasis on innate immune responses. By defining the similarities and differences in human versus bat interactions with these viruses, we hope to shed light on critical determinants of viral pathogenesis. We expect that these approaches will also teach us lessons about other zoonotic viral diseases.

My research on pandemic influenza viruses has included significant contributions to the reconstruction and characterization of the 1918 pandemic influenza virus, a virus that killed an estimated 50 million people in 1918-19. A highlight of this work was my co-authorship on a publication in Science that was recognized by the Lancet as Paper of the Year for 2005. Follow up work to this study led to collaborations with James Crowe (Vanderbilt University) to characterize contemporary immune responses in individuals who had been exposed to the 1918 virus early in life. The resulting study was published in Nature in 2008, with me as co-responding author.

My work on innate immune evasion mechanisms encoded by Ebola and Marburg viruses uncovered functions critical for the severity of filovirus disease and has had significant influence on research directions and therapeutic approaches pursued by the filovirus field.

My lab has pioneered efforts to define at the molecular level how filoviruses, highly pathogenic viruses of concern as emerging pathogens and bioterrorism agents, evade innate antiviral defenses. For this work on innate immune antagonism, I received an Ellison Medical Foundation New Scholar Award in Global Infectious Disease. Our work in this area has defined novel functions for several viral proteins, pushed the filovirus field to address the contribution of interferon responses to viral pathogenesis and suggested novel therapeutic approaches. 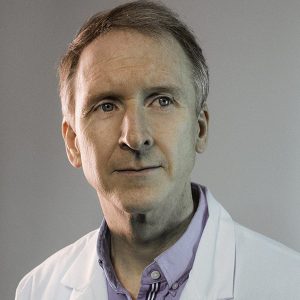