Didier Merlin is a professor at Georgia State University and research career scientist at Veterans Affairs Medical Center, Decatur, Ga. His research area is the study of intestinal epithelia, as directly related to intestinal bowel disease (IBD). Over one million adults and children in the U.S., including members of the VA population, suffer from IBD, and about 50,000 new cases are diagnosed each year. The VA IBD patients have a much higher rate of colorectal cancer compared to the general population. New therapeutic strategies based on a better understanding of the pathogenesis of IBD will improve the clinical care of veteran and non-veteran patients with this disorder.

Inflammation such as intestinal bowel disease (IBD). In the intestine, epithelial cells act as a fence or barrier that separate the “outside world” (intestinal lumen) from the “inside world” (immune cells). Under disease conditions such as IBD, a dysregulation of the barrier function occurs and noxious agents such as bacteria enter inside the body and activate the immune system, inducing intestinal inflammation.

First project is to study the role of PepT1 in intestinal inflammation. PepT1 is a member of the Proton Oligopeptide Transporter (POT) superfamily. PepT1 is well known to transport di/tripeptides, but not free amino acids or peptides with more than three amino acid residues. It is also well recognized that PepT1 is mostly expressed in epithelial cells of the small intestine and is present at low levels, or not at all, in such cells of the normal large intestine. When we initiated studies on PepT1, no known human pathology was associated with the transporter. Since the inception of this research, we have demonstrated that the human intestinal di- and tri-peptide transporter, hPepT1, which is expressed in inflamed but not non-inflamed colonic epithelial cells, mediates the transport of small pro-inflammatory bacterial peptides such as formyl-Met-Leu-Phe (fMLP), muramyl dipeptide (MDP) and L-Ala-g-D-Glu-meso-DAP (Tri-DAP). Recently we have demonstrated that hPepT1/NOD2 and hPepT1/NOD1 signaling pathway plays a critical role in aggravation of induced colitis. We also have demonstrated that PepT1 is expressed in immune cells. Importantly, it has recently been shown (by another group that extensively cited our work) that a PepT1 polymorphism is associated with IBD. Overall, our studies have revealed that PepT1 may be associated with the pathogenesis of intestinal bowel disease (IBD) in humans. Our overall hypothesis is that colonic PepT1 plays a critical role in initiating and perpetuating intestinal colitis (Refs 1-4).

The second main project of Dr. Merlin's lab is aimed to understand the propagation of the intestinal inflammation that is mainly characterized by a loss of epithelial cell/cell interactions that result in a loss of the intestinal fence or barrier function. Dr. Merlin identified a key epithelial membrane glycoprotein (CD98) that is up-regulated in intestinal inflammation and plays an important role in the dysregulation of the epithelial cell/cell interactions. In addition, our recent data show that intestinal CD98 expression has a crucial role in controlling homeostatic and innate immune responses in the gut. Modulation of CD98 expression in IECs therefore represents a promising therapeutic strategy for the treatment and prevention of inflammatory intestinal diseases, such as IBD and colitis-associated cancer. The main objective of this project is to control the expression level of this molecule during intestinal inflammation (Refs 5-7).

The third project of Dr. Merlin's lab is related to drug delivery in intestinal inflammation. Current targeted therapeutic strategies such as anti-TNF-a constitute one of the most effective treatments for IBD. However, these targeted therapies need to be administered systemically and hence are associated with serious side effects. Such dire systemic consequences can be potentially avoided with site-specific delivery of these agents. Surprisingly, limited innovative therapeutic strategies have been demonstrated to deal with this lack of specificity. Herein, we propose a conceptually innovative approach to deliver anti-TNF agents to the site of inflammation at significantly lower therapeutic dose using a highly specific nanoparticle-based delivery system. Further, we propose technically innovative design of the nanoparticle engineered not only to release anti-TNF-alpha RNAi in the colon but also to target dendritic cells/macrophages (major source of TNF-alpha in inflammation) using beta2-integrin antibody (Refs 8-11). 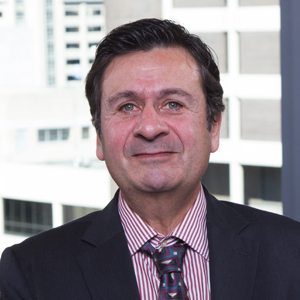