Jian-Dong Li, professor and director of the Institute for Biomedical Sciences and the Center for Inflammation, Immunity & Infection, specializes in research on inflammation, innate immunity and respiratory infections. His current research focuses on inducible negative feedback regulation of inflammation, which provides novel insights into the tight regulation of inflammation and may lead to the identification of novel therapeutic targets. He is also studying the regulation of host survival in Streptococcus pneumoniae and influenza infections and developing novel therapeutic agents for inflammatory and infectious diseases.

Li earned his M.D. from Tsingtao University School of Medicine in China and his Ph.D. in Biomedical Sciences from the University of California.

Appropriate inflammation is a protective host defense response to remove the injurious stimuli as well as initiate tissue healing and repair process. However, overactive inflammation is detrimental to the host, leading to inflammatory diseases. Thus, inflammation must be tightly regulated. In contrast to the positive regulation, inducible negative feedback regulation plays an important role in preventing overactive inflammation. Understanding the molecular mechanisms underlying tight regulation of inflammation will lead to development of novel anti-inflammatory strategies. Moreover, because inflammation is a complex biological response of the body to harmful stimuli, interdisciplinary collaborative efforts would be critical for fully understanding the molecular pathogenesis and thus accelerating the successful development of novel therapeutics.

In my laboratory, multidisciplinary approaches have been undertaken. Those approaches include molecular genetics, cell biology, biochemistry, molecular biology, immunology, chemical biology, pharmacology, functional genomics and proteomics as well as transgenic animals. Currently, we are focusing on the following research areas: 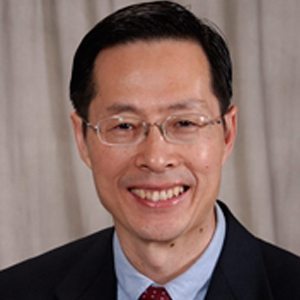