Leszek Ignatowicz obtained his Ph.D. from the Institute of Immunology and Experimental Therapy in Wroclaw, Poland. In 2007, he was appointed a professor of immunology at Medical College of Georgia at Augusta University. His major research interests are: immune tolerance, T cells development and regulatory CD4+Foxp3+ T cells. Notable achievements include the characterization of TCR repertoire of thymus-derived regulatory T cells and their role in the maintenance of intestinal homeostasis.

Research in my laboratory is focused on studying the ontogeny and function of T lymphocytes using genetically manipulated mice. T lymphocytes express antigen receptors (also called T cell receptors-TCRs) that recognize antigens as short peptides bound to MHC. These peptides are derived from the body’s self-proteins or outside sources. In healthy individuals, T cells remain unresponsive (tolerant) to self-peptides/MHC complexes. Tolerance to self is enforced in the thymus, where developing thymocytes with high avidity TCRs against self MHC/peptide complexes are negatively selected. Normal thymocytes that survive selection express TCRs that very weakly recognize self-peptide/MHC complexes. An important feature of T cell development that remains to be explained is how self-peptide/MHC complexes can deliver both death-inducing signals that purge the repertoire of potentially harmful self-reactive T cells and positive signals that ensure survival but not overt activation. To determine how T lymphocytes with auto-aggressive specificities escape death in the thymus, we have studied mice that express MHC molecules bound exclusively with a single, covalently attached peptide, instead of thousands of peptides that are naturally bound to MHC. The TCR repertoire in “single peptide” mice is not depleted of potentially autoreactive T cells that are found in peripheral lymphoid organs. Nevertheless, mice remain healthy because T cells selected in the thymus by one type of MHC/peptide complex are also only exposed to the same complexes in the rest of the body. However, when these mice receive cells from wild-type mice expressing the same MHC bound with many self-peptides, it elicits a robust T cells activation of T cells. These mice are therefore a valuable model to study how the lack of central tolerance provokes systemic and organ-specific autoimmunity.

During my research career, I have been studying the development and function of the immune system and mechanisms of organ specific autoimmune diseases, as evidenced by my recent publications. I also have a long-standing interest in immunological tolerance, mucosal immune system, T cell development and bioinformatics applications related to the analysis of TCR diversity.

Our research demonstrated that when thymic selection occurs in the absence of multiple self-derived antigens bound to MHC, many T cells are activated by self-antigens and non-self, allo-antigens bound to MHC molecules. We also showed that subsets of CD4+ T cells that have effector or regulatory properties have comparable frequencies of clones that can recognize with high affinity self and non-self-antigens. Finally, we also presented evidence that intestinal homeostasis depends on thymus–derived regulatory T cells that induce tolerance to commensal-derived antigens. This research is important for our understanding of how the immune system develops and why immunoresponse to particular antigens can lead in some individuals to an autoimmunity.

We study different mechanisms of tolerance induction to self-antigens. In particular, we are interested in deciphering if thymus or peripherally derived regulatory T cells that express transcription factor Foxp3 have redundant or complimentary antigen specificities for self and non-self-antigens, respectively. For our work on the role of regulatory T cells in response to alloantigenes, in 2011 I received The Roche Organ Transplantation Research Foundation (ROTRF) Recognition Prize, which is awarded to investigators whose ROTRF-funded projects had a major impact on the field of transplantation. 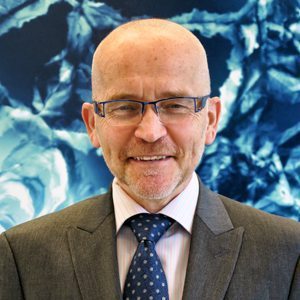